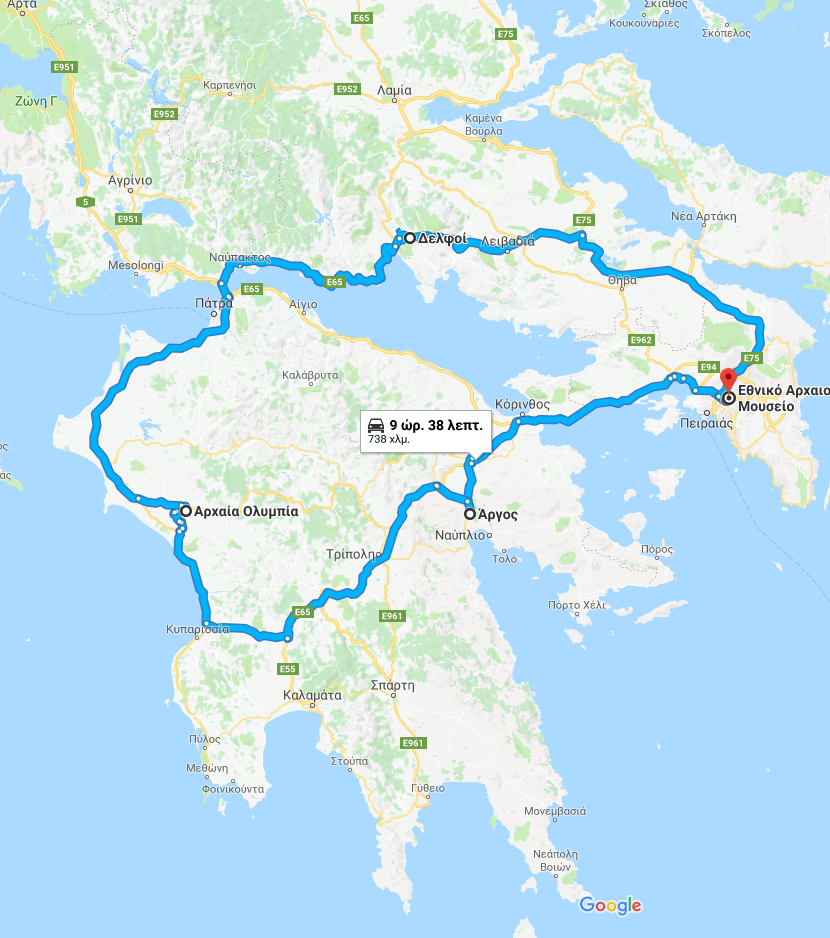 Day 1: Athens-Athens by night tour (optional): Arrival in Athens. Our transfer will be waiting for you at the airport to take you to your hotel. Check-in. By night tour (optional): Your evening begins with a short panoramic drive through the City Center and at the slope of the sacred hill you will be able to enjoy the view and take photos of the illuminated Acropolis. Afterwards, a pleasant walk through the narrow picturesque streets of Plaka, the old city, will lead you to a typical greek tavern where you will enjoy your dinner followed by a show with live music and Greek Folk Dances in traditional costumes. Overnight in Athens.

Day 2: Athens-Athens city tour & Acropolis museum & Cape Sounio tour (optional): Athens city tour starts from the Panathenaic Stadium, where the first Olympic Games of modern times were held in 1896 (short stop). Continue and pass by the Temple of Olympian Zeus, the Hadrian’s Arch, the Parliament and the memorial to the Unknown Soldier, the Academy, the University, the National Library, the Constitution Square (Syntagma). On the Acropolis visit, the Architectural Masterpieces of the Golden Age of Athens:  The Propylaea, the Temple of Athena Nike, the Erechtheion and finally “the harmony between material and spirit”, the monument that “puts order in the mind”, the Parthenon. Continue our visit to the place where at last the statues found their home and admire the wonders of the classical era: The new Acropolis Museum. Optional choice: Drive along the coastal road, passing the wonderful beaches of Glyfada, Vouliagmeni and Varkiza to the most Southern point of Attica, Cape Sounion, where the white marble pillars of the Temple of Poseidon stand. On the way, you have a splendid view of the Saronic Gulf and the little islands offshore. After visiting the Temple of Poseidon, you have time to walk at leisure on the rocky promontory of Sounion. Return to your hotel. Overnight in Athens.

Day 3: Athens-Argolis-Olympia: You depart early in the morning and cross the Corinth Canal. Next stop will be a visit at the famous  Mycenae, a UNESCO World Heritage site. See the home of Mythical Agamemnon, the Cyclopean Walls, the Lions gate and royal tombs. Depart for Nafplion, the first capital of Greece in Argolis, the picturesque town nestling at the foot of a cliff crowned by the mighty ramparts of the Palamidi Fortress, for a short stop. Your trip continues with a visit at the ancient theatre of Epidaurus, most famous of its acoustics. Finally, in the evening you visit Olympia. Overnight in Olympia.

Day 4: Olympia-Delphi: Olympia, the birth place of the Olympic Games. Visit the archeological site of Ancient Olympia, the Temple of Zeus and Hera, the altar of the Olympic flame, the Stadium and the museum, with the impressive statue of Hermes of Praxiteles. In the afternoon the journey continues to the north, over the Rio-Antirio Bridge. Overnight in Delphi.

Day 5: Delphi-Athens: Visit at Delphi, a place that was once characterized as the center of the ancient world. You can see the well preserved remains of Temple Apollo, the Castalian Spring and Temple of Athena, the Oracle of Delphi. Then you can explore the on-site museums, visiting the Archaeological Museum of Delphi, which contains masterpieces of ancient Greece, such as Eniochos the bronze Charioteer. In the afternoon you shall return back to Athens. Transfer to the hotel and overnight in the beautiful Greek capital.

Day 6: Athens: Transfer to the airport, having the best impression from your trip!